Aurender has not been sitting idle during the corona period. Two new models, the audio streamers N30SA and the N200, will be available next month.

The N30SA (shown at the top of this article), according to Aurender, is “an Ultra-High-Performance model that has the very latest developments on board to improve the reproduction of digital audio. It is their first dual-chassis design that separates the sensitive audio portion from the necessary, yet noisy power-circuit topology. An ultra “High-End” approach, in other words.

As expected, the N30SA has the new Aurender look with a widescreen display on the front that shows album covers in vivid color. One important note: the N30SA is a model unique to Europe and North America. It differs from the N30 model sold in a number of Asian countries. The difference is simply the type of storage and capacity. In Asia, the N30 uses a conventional 12TB hard drive. For Europe and North America, the N30SA uses an 8TB SSD and offers a slot on the rear panel to add another drive if desired. The N30 does not have an additional tray slot’.

You may ask which sounds better, the N30SA or W20SE? That, according to Aurender, is ‘a tricky question to answer because each has its own specific qualities and sonic signature. As is always the case with High-End audio, only careful listening and system matching will be able to answer that question for you.

Compare Ferrari. A High End car brand that offers several models, each with their own driving qualities and personality, yet all are super cars. The N30SA will be available from July at a suggested retail price of €24,900.

Like the N20, the N200 will, according to the manufacturer, “become a model of great significance within the Aurender lineup. In fact, you can consider this model as a “mini N20”. The N200 is also equipped with many improvements tucked into the new Aurender jacket. The N200 features a full-color display, USB and Coax outputs, a 2x isolated LAN, an ultra-low jitter Audio Class 2.0 USB, and a supercapacitor-based UPS. As on the N20, two slots on the rear panel accommodate the customer’s choice of 2.5-inch HDD or SSD drives. The N200 will ship in mid-July with a suggested retail price of €6,200. Both models are available in silver or black finishes. For convenience, a table with all the features and differences between both newcomers as well as the other streamers from Aurender: 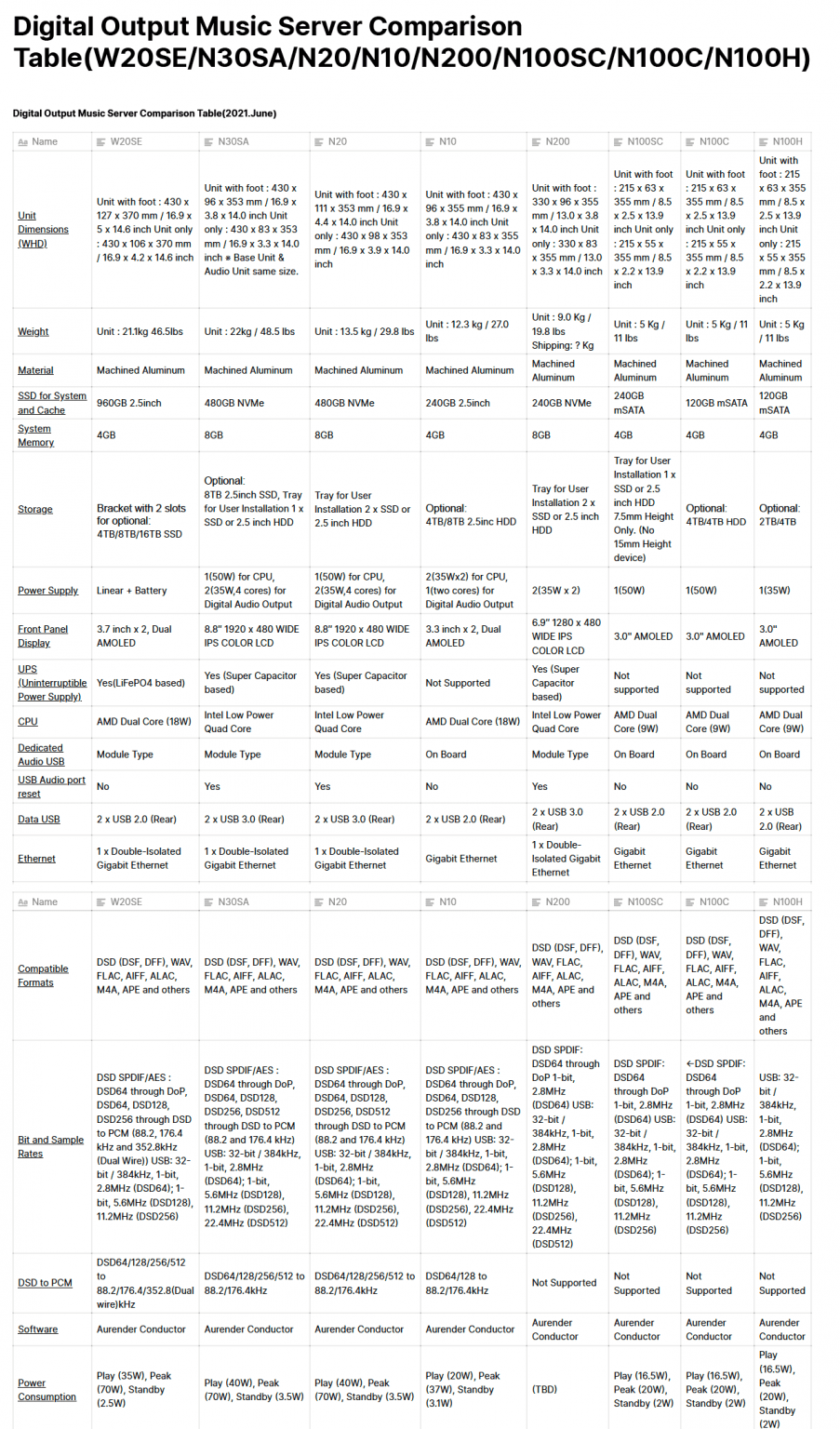