We get an incredible amount of questions from readers in the mail. And that’s nice, because Alpha Audio is there to help readers. These questions also give us insight into what music and hi-fi lovers run into. We’ve sorted out all those questions to make a series: The Readers’ Question. This time a question about streaming. Specifically: Which streaming service is best?

The beauty of the hi-fi and music hobby is that there are actually no rules. More guidance. After all, everyone has their own preferences when it comes to music and its reproduction. Your editor loves progressive rock and metal as well as pop, electronic music and progressive house. But a piece of ballad in his time is also nice. There are colleagues who have a love for jazz and classical music. Or hardstyle house. A little bit of everything. And that’s beautiful.

Back to the question of who wants to stream. After all, which streaming service is the best choice? Tidal? Qobuz? Deezer? Spotify? Apple Music? Soundcloud?

There is almost no answer to that, as it depends on:

Not every service charges the same amount for a streaming service. Although the majority is around 9.99 per month for a standard subscription. Think Tidal, Qobuz, Deezer and Spotify. Some providers have family packages, which is interesting if you have multiple users that you can put under one subscription.

So a standard package costs 9.99 per month. What about more luxurious packages? Often the amount x2 goes for a lossless subscription. Tidal has high-res (in MQA). Qobuz has an extra step: for €20 per month you have FLAC. For €25 per month you can enjoy high-res.

An incredibly important point, is the support from your own system. It is not self-evident that every streamer supports all services. Sonos is one of the brands that gets that right. Almost all streaming services do work on a Sonos system. However, for the majority of ‘hi-fi brands’ this is simply not the case. Although most brands do support Spotify – since that’s the market standard – Tidal and Qobuz (because these are the ‘hi-fi services because of lossless compression). However, always first check the supported services before taking out a streaming subscription. Otherwise you will only be able to stream to your streamer via bluetooth. And that’s not what you’re looking for, we estimate.

However, we have noticed that all major titles can be found everywhere. In addition, you can often try for a month free of charge. If you don’t like it, you can stop the subscription.

It won’t be such a big problem in most of the Netherlands. But maybe in some outlying areas. A lossy stream takes about 320 kbps (kilobit per second). That’s about half of a lossless data stream; it’s 600 to 750 often. For CD quality. High-res takes more. But later more about lossy, lossless and high-res.

In short: if you have very limited bandwidth and/or have to pay per MB/GB, it is unwise to go for lossless. 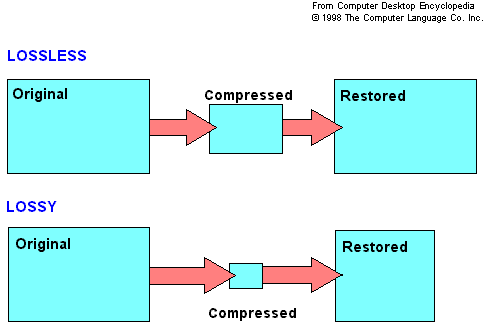 We were talking about lossy and lossless. Now, what does that mean?

The lossy stream is often compressed with the mp3 codec, although Spotify Ogg-Vorbis and Apple Music use their own codec of course. A very strange duck in the bite is Juke. It uses a codec from Dobly (Dolby Pulse).

The lossless stream is almost without exception FLAC: the Free Lossless Audio Codec. Apple, of course, uses its ALAC.

The advantage of lossless compression is that the data stream is considerably smaller, but the quality is the same as the original. That can be CD quality, but also high-res. After all, FLAC can pack high-res music. Even multi-channel if you have to.

To keep it simple: Qobuz streams – with the luxury subscriptions – high-res flac files up to 24 bit 192 kHz. Tidal does it with the MQA codec. This to save bandwidth. And there’s something to be said for that. Especially if you sometimes (on the road) also want to stream from your mobile phone.

However, know that MQA requires a streamer and dac that also understand MQA. Without the right equipment you don’t have MQA decoding.

What a story again. And in fact, you’re no further forward. Because which streaming service is the best depends on many factors: price, taste, hardware… If we’re allowed to give an opinion: