On the occasion of their 50th anniversary, Cambridge Audio released the new Edge series in 2018 and although circumstances prevented us from testing it at the time, we are pleased to be able to do so today. Because if there’s one thing we’ve found over the past few weeks it’s that these devices still perform very, very well. What’s more, they look timeless and have a beautiful appearance. Meet the Cambridge Audio Edge NQ and W. Two wonderful machines that we would like to tell you more about. Enjoy!

The first thing to notice is that these are large devices. They only just fit on our furniture. In an ordinary hi-fi rack it will probably also just work. With a width of 46 cm and a depth of over 40 cm these are the largest units we have on the test bench. But although they are quite imposing, they are still slim and sexy. This is due to their rounded corners which make them particularly caressable. Yes, you sometimes caress your speakers too. Just admit it.

Every device in the Edge series is only available in the Lunar Grey finish. You can see that as a limitation but this dark gray color is particularly successful and gives the Edge series something unique. The color fits wonderfully in both modern and rather classic interiors and the finish is outstanding with seamless edges, a removable top and a beautiful color palette. Since we were quite busy at the time of the review, we forgot to take off the top and take a peek under the hood. We seriously regret that after looking at pictures on the website. 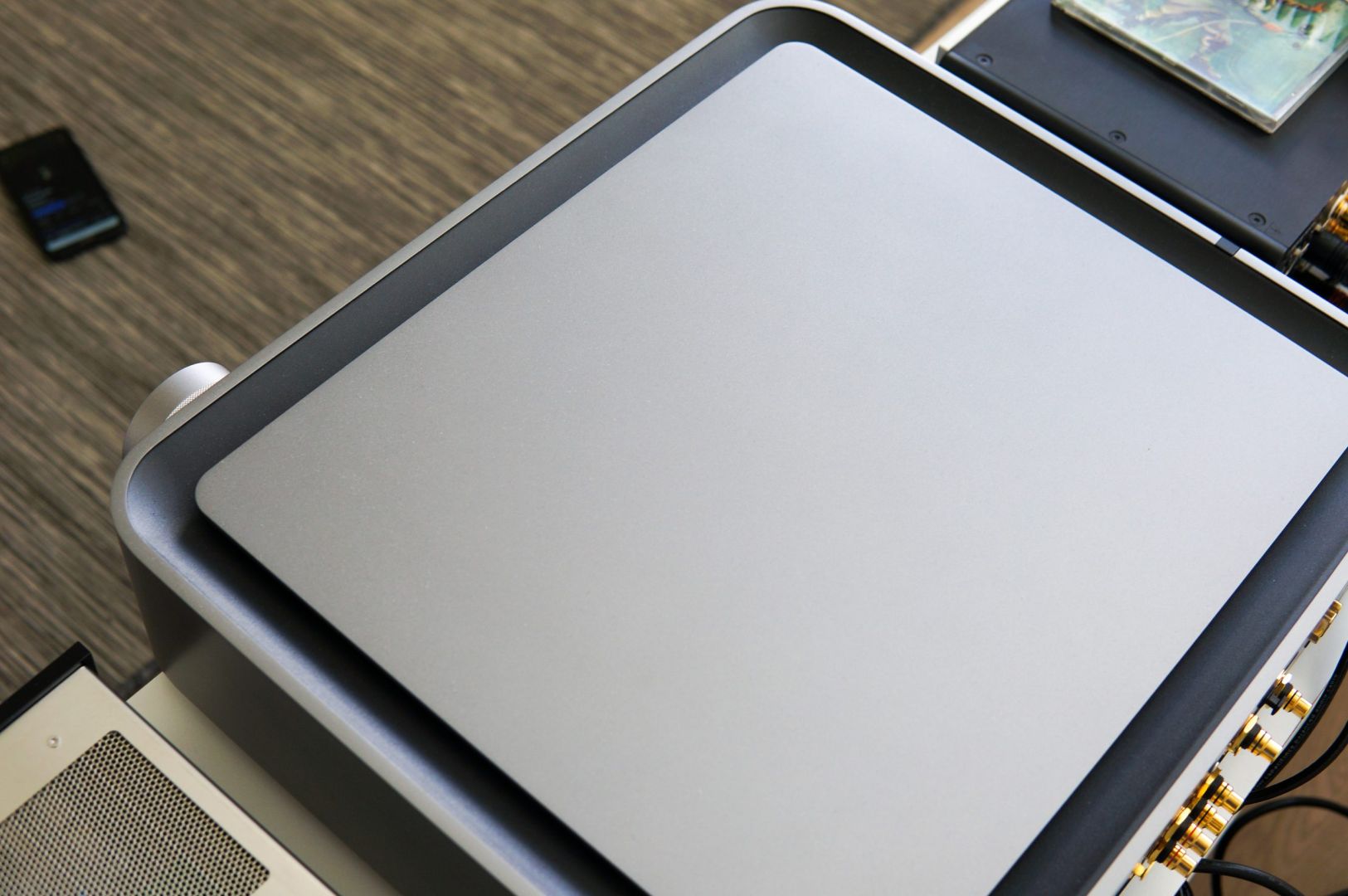 Inside, everything really is put together like, well… clockwork? Cambridge have removed all capacitors and have tried to keep the signal path in each of their units as short as possible. In this way they aim to keep distortion and coloration to an absolute minimum. An extreme example of this is the Edge W power amplifier which consists of only 14 parts. An impressive achievement as far as we are concerned and a clear example of the know-how that Cambridge has built up over the years. The technology in the Edge series is now starting to seep into the budget friendly series and everyone benefits from that.

The Cambridge Audio Edge NQ is an all-in-one streamer, preamp, high-res dac and USB player. Oh yes, it also has a separate headphone amplifier and you can effortlessly integrate your television set with it via the HDMI connection. The front is particularly clean with the left a full 6.3mm headphone jack, in the middle a nice color display and on the right a giant volume knob. That volume knob not only lets you control the volume, it also lets you dive into the menu and select inputs. Although most people will adjust everything through the app, it is a nice extra. The volume knob is the largest rotary dial we’ve ever seen on a device. But it fits wonderfully on the NQ’s sleek front. The screen displays the artwork, title and performer, time stamp and codecs used.

A special mention goes to the beautiful remote control that sits wonderfully in the hand and has just enough functions. However, controlling the volume via the remote control is done with relatively large steps. In the app you can adjust the volume more precisely. Very successful are the four buttons in the middle to save your favorite radio stations.