Today a review of an album where the Netherlands is the leitmotif. Guitar music by Dutch composers, played by a Dutch musician; produced, registered and mastered by the Dutch label trptk. And yes, the microphones used are also handmade and designed by a Dutchman.

Thinking of guitar music you can hear glowing sounds on a sultry square in Seville. Sipping your ice-cold rosata you listen to Rodrigo, Albeníz, Villa-Lobos …

Ola, wait a minute, is this still the same piece? This was about Dutch music, wasn’t it?

That’s exactly what guitarist Martin van Hees must have thought when he was working on his new album. Classical guitar music is mainly the domain of Spanish and South American composers. On Remoogoog there are guitar compositions by Dutch composers, all of which are still alive. At the Royal Conservatoire in The Hague Van Hees met fellow students who made compositions for guitar. These pieces by Jan-Peter de Graaff and Christiaan Richter are on Remoogoog. We also hear music by Louis Andriessen, an early work from 1962, Triplum and by Roderik de Man (Dulcamara). Especially for this album guitarist and composer Aart Strootman wrote Variations On A Quote By Debussy. And finally Martin van Hees plays two pieces of his own.

An entire album with guitar music by Dutch composers who can tell about their work is interesting; that’s why the website of Martin van Hees en Remgewogen shows a series of videos where the composers tell about the music. And there are videos in which we see Martin playing in the church where the recordings were made.

Classical guitar music by contemporary composers. How does that sound? Your editor has attended quite a few concerts of new classical music and listened to albums. And sometimes played. Once, a long time ago, I played at a gallery opening, the Trio Yung & Erwin (piano & sax). Halfway through we decided to do a free session that at some point degenerated into incredible noise. Not according to one of the spectators, who kept looking at us in depth and was very complimentary afterwards. He heard all kinds of references to composers. Of course we stayed in our role and told them that we had worked very hard on this piece.

Modern music is, in other words, not for everyone. At least, that’s the prevailing opinion. Beep and grunt music, no rope to tie, fun to play but a challenge for the listener. And often a long sit. Waiting for the break.

This cliché is also musically debunked in Remgeweging. It’s the first modern-classical album I’ve played almost a whole day while working. Sometimes in the background and sometimes very much in the foreground. The music is difficult to put into words; a classical guitar is by nature a soft sounding instrument. Yet Martin van Hees lets his guitar roar and pound in a few pieces. He sometimes plucks the strings like Marcus Miller, and in the next passage he plucks and babbles like a peaceful mountain stream. Listen to That All Changes (Jan Peter de Graaff, born 1992). Or the title track. Those contrasts make Remgewogen fascinating to listen to. My favourite is Van Hees’ own composition, Ikariotikoyunbabarrange.

Louis Andriessen wrote Triplum when he was about the same age as Martin van Hees and the young composers at Remgewogen, as a student at the same Royal Conservatoire in The Hague. They are three miniature pieces (together less than 6 minutes) that are a thoughtful reflection on the same motif. He wrote Triplum for Jeannette, his then girlfriend who studied guitar. Andriessen found the range of guitar music on offer only ‘so-so’ and went to work himself. Dulcamara by Roderik the Man refers to bittersweet, the literal translation of the title. De Man tried to stretch the limits of a guitar. As a non-guitarist he first composed the music and when it was finished he asked Reinhold Westerheid for whom he wrote it, if it could also be performed on guitar. That turned out to be possible.

Finally the Variations On A Quote By Debussy by Aart Strootman, written especially for this album. Strootman’s work contains repetitive elements, minimalist and melodic. What stands out, looking at his playlist, is a work inspired by Radiohead Variations On A Theme By Radiohead. Look, that’s just one example of successful crossover! Strootman’s arrangement of Debussy’s music are five miniatures that are performed in completely different ways. In a variation we mainly hear flageolet tones that harmonize with each other; another variation is more rhythmic. Strootmans piece and Triplum by Andriessen complete the circle; two composers from The Hague who in their early years

Martin van Hees sometimes plays the guitar as a one man band; bass, accompaniment and melody at the same time. He plays rhythmic, expressive when he has to and Latin romantic when he has to. It doesn’t sound like classical music in the sense of ‘serious looking and pretending to get it’. While listening, we’re going to wonder whether this distinction still matters. At least we’re drawn into the music and that’s what it’s all about, after all.

And that brings us to the registration of Remgewogen. The sound is definitely different from what we are used to from guitar recordings. On the one hand it sounds ‘close miked’, recorded up close. On the other hand we also hear a lot of space; the hall, the (upper) tones of the guitar, the finger movements and the touch. It’s amazing how the sound engineers have succeeded in recording near and far at the same time.

For details of the recording we will contact mastering engineer Brendon Heinst.

It is indeed included in a church, to be precise in the Evangelical Lutheran Church Haarlem, a very old (more than 400 years) wooden church just outside the city centre. We did make more recordings here (like The Invisible Link by Maya Fridman and Traveling Light by the Intercontinental Ensemble), just because it’s such a beautiful and inspiring place

“The equipment list is actually very simple: I used three Sonodore RCM-402 60v actively powered microphones for stereo, and 5 for surround (made by Rens Heijnis, ed.). These are great transparent, fast and linear microphones, ideal for any kind of music and we use these mics for all recordings as our main system. The precise microphone setup I developed during my master study audio engineering (at the Utrecht School of the Arts, at Eelco Grimm), it is a kind of optimized omnidirectional array. Optimized in the sense of: my goal was to develop an array that uses omnidirectional microphones (omni’s because they are absolutely superior to uni- or bidirectional microphones) to make stereo imaging as linear and 1-on-1 as possible.

These microphones go through three Furutech microphone cables developed for me, which are specially designed for our microphones, power supplies and preamps. So from the microphones with these cables in the power supply (custom unit from Sonodore), and via the Furutech LineFlux XLR to the converters (Merging Technologies HAPI with Premium DXD modules). The HAPI in turn hangs via the JCAT M12 Switch Gold, a super audiophile network switch, to the PC equipped with JCAT Net Card FEMTO network cards. In terms of software, Merging Technologies Pyramix runs on this

The power supply consists entirely of Furutech plug blocks and their Empire power cables power all devices, including the linear power supply of the PC. Mastering takes place in our studio, developed and designed by our own Ben van Leliveld of AcousticMatters. We use 5 pieces KEF Blade Two and 3 pieces Hegel H30, controlled with an extra HAPI converter (Merging). Here is the power supply all from the Furutech NanoFlux NCF cabling. The acoustics are fully provided by RTFS

As far as mastering is concerned, nothing has really been done about it. The channels went directly to their respective outputs, and in the stereo mix, a tiny bit of the center microphone was added for stability in the stereo image). Like all of our masters, no compression or limiting, and like most of our recordings, no equalization at all.”

We have nothing to add to this explanation, except that the formats in which you play the album really matter. The DSD version comes closest to the studio master, because Merging works with native DSD/DXD. The lossless versions in CD quality, high res and for Tidal and Qobuz are delivered in WAV. We also listened to the album on Spotifiy and found the quality of it surprisingly good. The volume was set a little higher and the compression was mainly in a more driving low and turned on high. We were wondering if this is already being done in the studio, or if this compression is being applied by Spotify and other streaming services.

Spotify uses the OGG Vorbis format. This is in some ways superior to MP3 and AAC, and in some ways less. Let alone that FLAC / WAV is of course ideal. Each of these formats has its own “thing” on which the quality is compromised

At AAC (iTunes, Apple Music), concessions are made in the stereo image. The side channel is compressed heavier than the middle channel, which often works very well for pop music. After all, the most important things are always in the middle. However, that’s not the case with classical music and jazz – there are often very important things on the sides. Think of the first violins and the basses, which are of immense importance when recording an orchestra! But also with a solo recording like “Remgewogen”, the small details in the fingerwork are more to the side, and the acoustics of course completely

MP3 is a good middle-of-the-road for these formats. The stereo image remains quite intact, soundwise it is still somewhat reasonable (provided you keep 320 kbps of course), but in terms of timing a number of things go wrong. Nice experiment: once we filled our mastering room with music lovers who never listened to hi-res music. First we played a FLAC file of latin-like music. People unconsciously move around, feet tap on the ground, etc. Then played the MP3. Silence! Silence! Silence! Silence! Silence! Silence! Silence! No movements. So if you’re really going to listen to it, sometimes it all seems fine, that MP3, but the subconscious reaction is very different.

Then OGG Vorbis. Spotify uses this because at lower bitrates it would still hold, handy if you offer two formats, one of which has a very low bitrate. With OGG however, you have some nasty things, like the typical “warble” as I call it that you have with MP3 (just convert something to OGG or MP3 a couple of times, then you’ll hear what I’m talking about – a kind of weird hissing/distortion that sounds like “warblewarble…etc”). In addition, you pay a little bit in sound quality of high and low tones, you hear that very well indeed”

We also have little to add, except that it is very valuable information that explains why different streaming platforms sound different! Thanks for the comprehensive answer, Brendon Heinst. This review has gotten out of hand. But actually it’s also two reviews; one about the album and one about the way it’s made. And that’s the big advantage of Made In Holland. Artist and creators are literally close by, speak the same language and like to talk about it. That something like this works contagiously is evident from this article. Highly recommended! 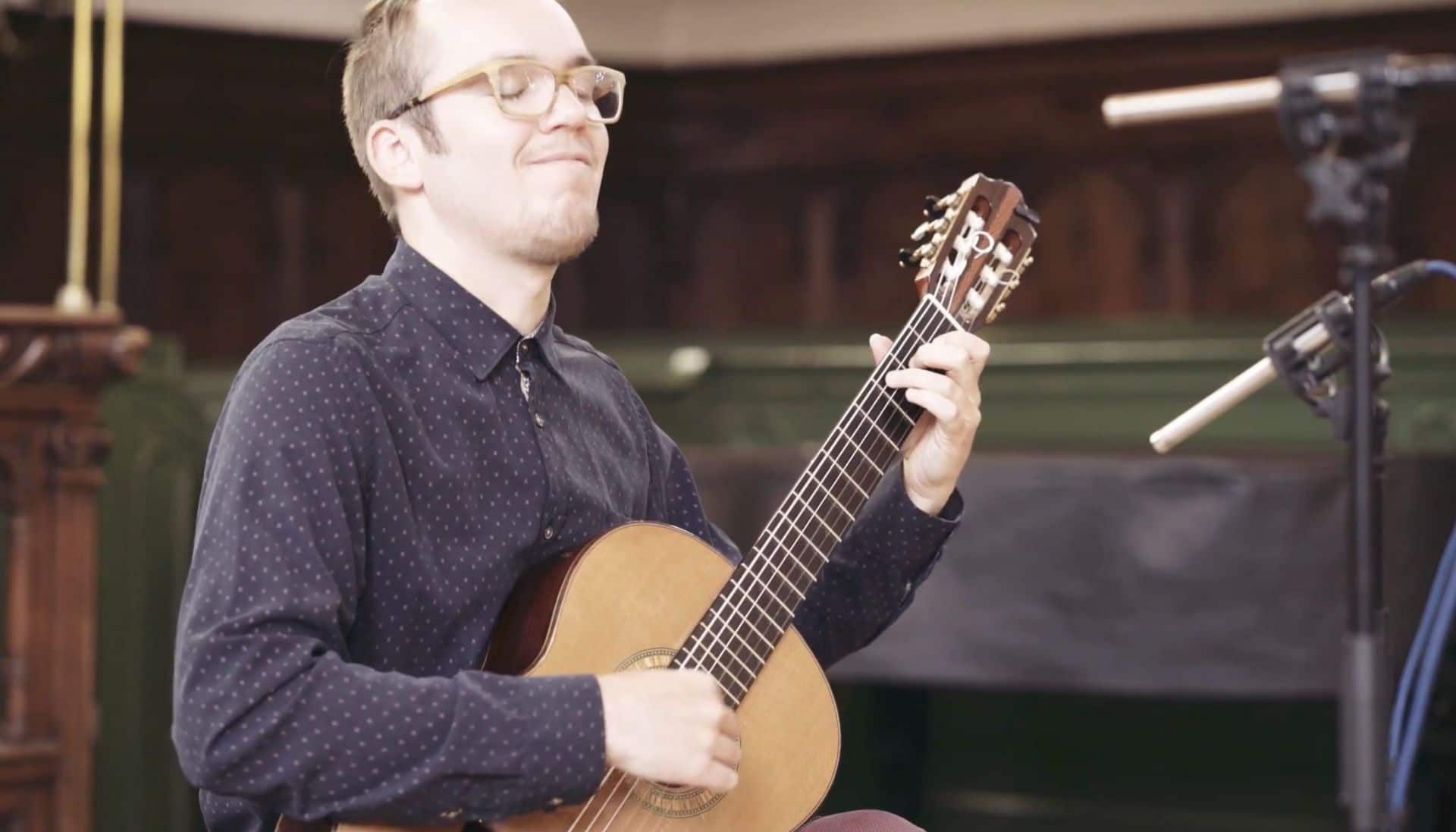