We all possess an instrument: our voice. I know of no other instrument with which you can evoke as many diverse emotions as a voice. A voice can scare you, but it can also enchant you.

The association that many people spontaneously have when using the voice in classical music is opera. Opera and operetta is traditionally folk music, for entertainment and for a fun night out. Some arias such as “Nessun Dorma” by Verdi are remembered, courtesy of talent shows on TV. But perhaps even more so because the well-known arias are earworms. There is much variety to enjoy besides opera. Especially since pop, cabaret and jazz logically follow the tradition we now consider ‘classical’.

In classical music, the use of the voice is different than for singer-songwriters or for rock singers. The great rock singers do use the same voice and breathing techniques that opera singers also learn, but they employ them to create a very different sound.

If you think about it for a moment, it’s extraordinary that a few muscles in the throat can be used to make such a varied array of sounds. Classically trained voices are also used in pop music. Wende Snijders and the NXT ensemble of the Netherlands Chamber Choir have put a performance of Hou Me Vast on YouTube, where NXT use their voices to create the sounds of the music.

The step from Wende and NXT to classical vocal music is much smaller than you might think. And that’s what I want you to hear with the first album. 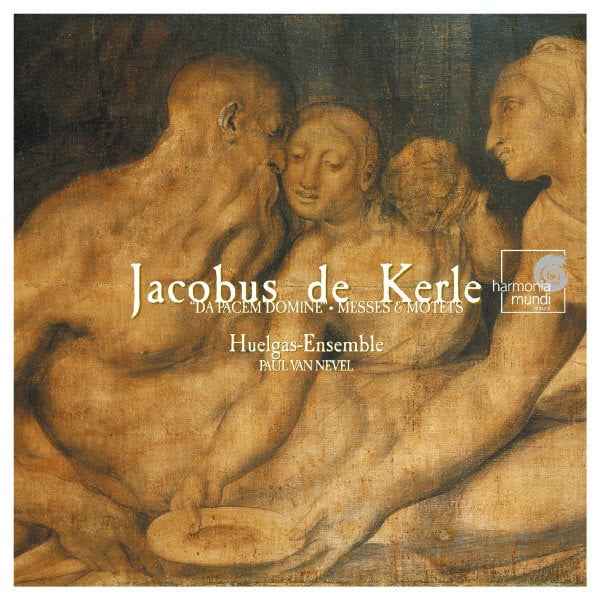 Jakobus de Kerle lived from 1531 to 1591. He was a master of writing polyphonic music. Polyphonic means that it is polyphonic music where the different voices sing different melodies. Through an ingenious play on a number of compositional rules, the melodies fan out and fall together again. The result is an enchanting richness of sound that is often more than the individual voices alone. It’s a bit like mixing a cocktail: drinks are mixed and their combined taste is more than the taste of the individual ingredients.

Much of this old music has fallen into oblivion. Paul van Nevel has been scouring old libraries for this music and with his Huelgas Ensemble has brought it back to attention. Fortunately, because it is wonderful music. If you close your eyes and listen to this recording on the Harmonia Mundi label, you are in an ancient chapel somewhere deep in the interior of France or Italy. You may know them from vacations, those little old churches that have been standing in a village abandoned of God and man for centuries waiting for the end of time and where it always smells a bit musty and damp. Dust swirls visibly in the sunbeams falling in through the small windows.

And then suddenly the Huelgas ensemble is singing this music in a flawless way. Their voices echo in the otherwise empty chapel. The beauty of this recording is that you can clearly hear that only a few people are singing, but that you hear more than just those voices. There is so much music between the voices that appears, shifts and disappears again.

The Huelgas Ensemble transports you to another place, another time, for a moment. Harmonia Mundi has a very interesting catalog of early music, performed by top ensembles and musicians. If this music can charm you, it is definitely worth listening to more from that label.