With three single ended inputs and 25 watts of power, this Pass Labs won’t immediately rise to the top of anyone mind who is looking for great ‘specs’. But power says nothing, we know at Alpha Audio. One 25-watt model is not like another. And at Pass Labs… well… you know… read on

Almost 50 pounds of amp on the scale. Thick cooling fins and a few knobs on the front. It doesn’t get more purist than this. An amplifier to amplify. Nothing more, nothing less. Very Pass Labs shall we say. They just build amplifiers. But then very, very well. 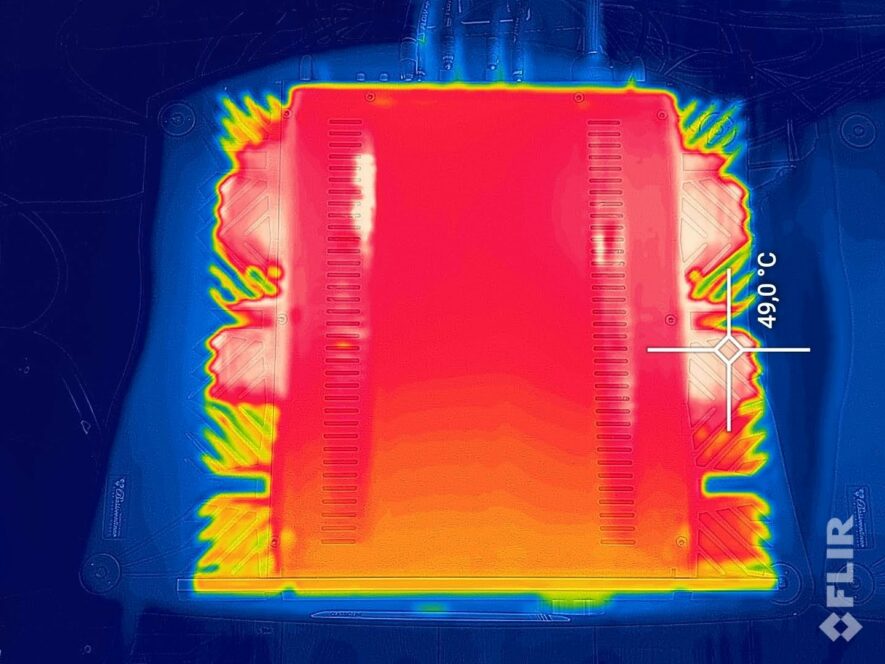 The Pass Labs INT-25 is a pure, single ended, class A amplifier. With two times 25 watts. And that means that in ‘rest-mode’, the unit draws about 200 watts from a wind- or solar-farm, or just plain old-fashioned oil or gas. A nice little heater (about 50 degrees indicated by our camera). Although it can be much more extreme.

On the plus side, as the British say: these are delicious watts. Because when the volume is opened: the music flows effortlessly into the room. Like a wave of endless energy. There really seems to be no end to it, although we notice that the indicator stops at 63. We usually sit around 40 / 45 on our Focal Sopra No1 and a room of 50m2.

In the center of the amp is a large toroidal transformer. With a generous overcapacity. We also find about 80,000 uF capacity per channel. Enough to absorb large peaks in energy-draw.

This is going to be a short paragraph. There are three single ended line inputs. That’s it. For 8900 euros, we think that’s a bit meager to be honest. Although many users will find it enough, because many digital devices just run through the d / a converter. Then you can add a record player and another, analog source. However: you do not have much room for expansion. So keep that in mind.

It’s a Pass Labs. At heart. Thick faceplate, a couple of push buttons, large volume knob. Thick cooling fins along the edges and sturdy terminals. Done. Everything feels like it can last for decades. And with a Pass, it does. You buy a Pass Labs to enjoy it for a lifetime. Want to step it up yourself? Or buy a newer model? Then of course you can pass it on (pun intended). Perhaps within the family. Beautiful heirlooms, aren’t they?

Let’s take a look at the performance.