We know Technics primarily for the SL1200 record player. But connoisseurs know that Technics makes much more than that. Think speakers and of course: amplifiers. Every year – except in the recent Covid years – we step into the Panasonic / Technics room at High End Munich. Purely to see what technical ingenuity has come out of the quiver of the Japanese. Now we can taste for ourselves. We look at the SU-R1000. A Reference Class integrated amplifier.

JENO is a Jitter Elimination and Noise Shaper Optimization engine. To do that, Technics has applied a battery powered crystal on which everything is reclocked. All signals are upsampled to a 768 kHz PWM (pulse width modulation, kind of class D) signal. Then it goes through a process where noise is transfered to an inaudible region. Clever. But there are more producers that know that trick.

ADCT is an Active Distortion Cancelling Technology. This is extremely similar to a feedback technology with also local feedback loops that compare the speaker output signal with the input into the output stage. By comparing these signals, the engine also knows what doesn’t belong in the output signal. And then this can be compensated for. So before it goes to the speakers.

Finally, LAPC. That stands for Load Adaptive Phase Calibration. That in itself is a clever and ingenious idea. By holding down the LAPC button on the remote control, a calibration process of a few minutes starts. The amplifier plays a series of tones and determines how the load is on the amplifier and adjusts accordingly. As a result, the response should be more neutral. And yes: it is definitely audibly better.

Yes: there is a phono stage in the Technics Su-R1000. Of course it should be, given the status of the brand. Now it is special that we also see a balanced input for record players. We don’t see that very often.

First of all, there is a tuning record with test tracks. Based on these test tracks, the amplifier corrects the cartridge. That takes about 10 minutes. Cool. The compensation can be turned on and off as desired. But it goes further: you can even apply separate RIAA curves. In short: an interesting implementation of a phono stage.

Technics must somehow also get power to the speakers. This is done with separate GaN FETs (just like in the SU-R1). Nice and fast. In 8 Ohms we see 2 x 140 watts. In 4 Ohms even 2 x 300 watts. Surely that’s enough to drive some serious speakers. Technics reports that each element in the amplifier is powered separately. So the input-stage, reclocking, output stages, et cetera. 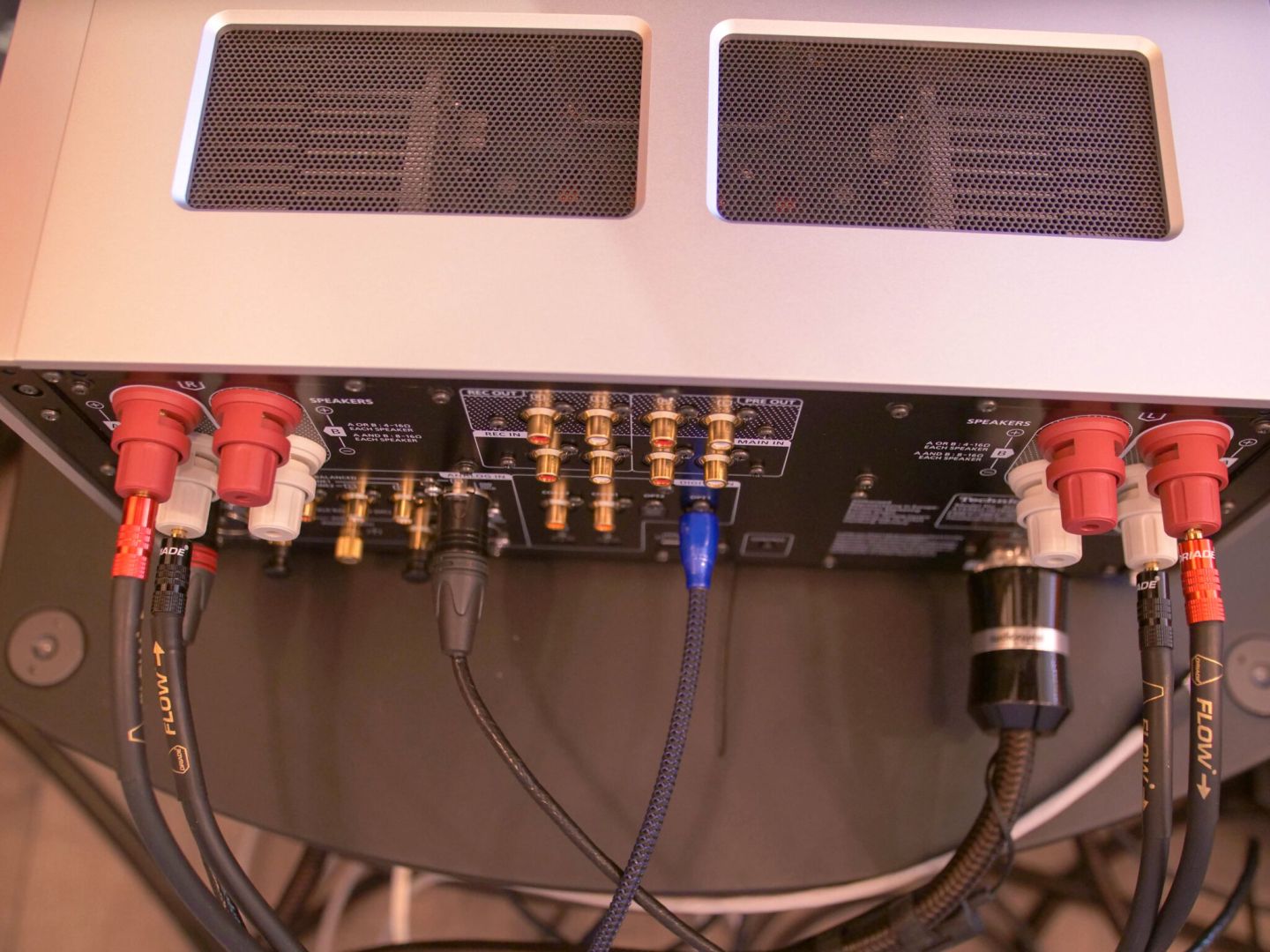 An owner of a Technics SU-R1000 will not be short of inputs. First of all, we see both digital and analog inputs. Analog can be used both balanced (1x) and single ended (2x) and as mentioned: phono (also XLR and Cinch). Digitally we see: USB, optical and coaxial. Too bad we don’t see AES or BNC, though.

There are 4 speaker terminals, divided into speaker A and B. These can be active separately and together.