Recently we tested the interesting Teufel Cinebar Ultima. A fine sound bar that just performs well. The Teufel Cinedeck should offer a little more design. Also – as the name implies – it is possible to place the TV on it. Is it as popping as the Ultima?

Basically, the Teufel Cinedeck is a ‘flat version’ of the Teufel Cinebar Ultima. We see hdmi-in and an hdmi-ARC connection. In addition, there is bluetooth, optical in, cinch in and usb. Though that’s micro. So the question is how that’s gonna work.

If we look at the speaker layout, we see three in the front and two on the side. As a bonus two more woofers at the bottom of the base. It’s got the Cinebar back at the front. It’s an achievement that Teufel has incorporated them so tightly into the locker. Because the fact is: the Cinedeck looks really neat. This speaker doesn’t look out of place on a nice piece of furniture. 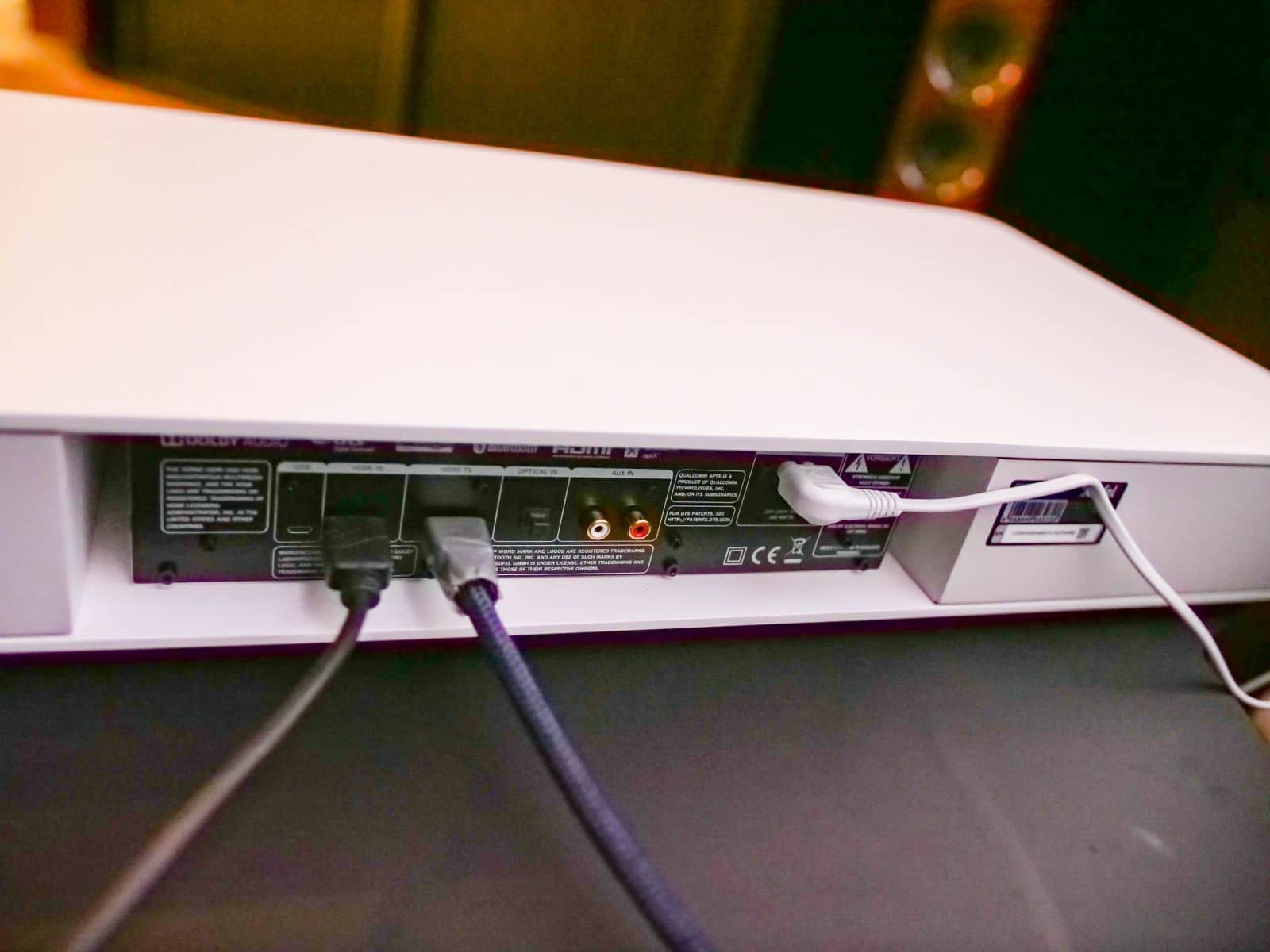 Installing the Teufel Cinedeck is not difficult. We play with hdmi in our set-up. In that case you have an hdmi input for audio and an output to the projector: our Optoma UHZ-65 4K laser projector. We turn on the Cinedeck, choose hdmi, start the nVidia Shield and can play right away. No issues…

Of course, you can also simply use your TV’s analogue output, pair bluetooth with your phone if you want to hear music or use the Cinedeck’s optical input.

What we find useful is that there is also a possibility to control everything from the Teufel Cinedeck itself. On the side are just hard buttons… in short, if you’ve lost the remote control… don’t worry!