The Totem Element Fire V2 may not be the first speaker you think of in this price range. However, this is an exceptional rebounder that will stick with you once heard. Often compelling and grand but occasionally unrelenting. The Totem Acoustics Element Fire V2 lets you hear everything. For better or for worse. Crap goes in, crap comes out. That's just the way it is at this level. But if it's good then this speaker will thrill you and touch the soul. Despite its rather direct sound we are totally sucked into the music. The Totem Acoustics Element Fire V2 is an absolute reference and can without blushing stand next to clappers like the Focal Sopra 1. Fervently recommended. 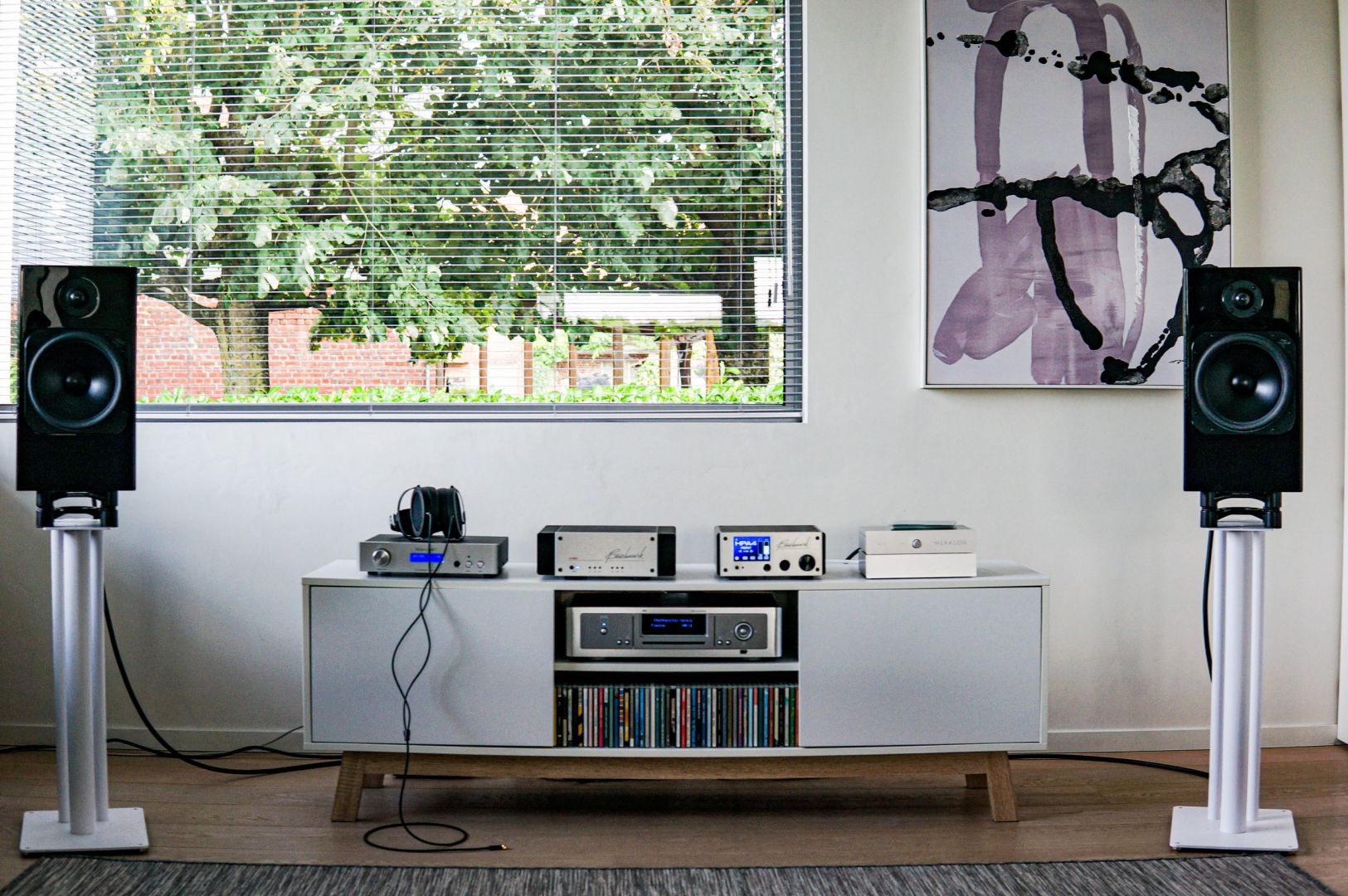 First and foremost, the Totem Acoustics Element Fire V2 will appeal to Totem’s already existing customers. Customers who have been buying in the mid-range up until now and want to save up for a top-of-the-range speaker. Who understand what Totem Acoustics stands for.

The looks, despite the beautiful paintwork, are rather rudimentary and sober, in contrast to direct competitors such as the Focal Sopra 1 or the Bowers 805 D3, speakers with a more pronounced look. Nevertheless, we have no problem recommending this speaker to anyone looking for a pure, ultra-fast reproducer in which the quality of the bass end takes precedence over the deepest tones.

Its other assets, spacious soundstage, excellent imaging and speed will play a major role in the decision. In any case, we are completely on board with what Vince Bruzzese was trying to achieve with this speaker. The music, the whole music and nothing but the music.

Our reference, the Revel Performa M126Be, costs a lot less but defends itself fiercely. Yet the Revel plays smaller than the Totem Acoustics Element Fire V2 which really creates a big stage. The Totem’s low end possesses more quality but then again the Revel has a bit more oomph underneath. Detail and insight is almost the same but the Totem is slightly better in terms of imaging and sounds even more open than the Revel. There is even more air between the instruments. However, the beryllium tweeter on the Revel is a bit more refined than the sometimes merciless titanium tweeter on the Totem.