It will not have escaped the regular readers that we did a test with switches last weekend. This could be followed live on our Youtube channel. Meanwhile, the stream is also on Alpha Audio to ‘re view’. In the blind test, nine readers finally listened to seven switches. After each round they gave a score. We tried to make sense of alle de gathered data. The result: three fairly obvious winners.

Alpha Audio is not a platform for statistics. So if not everything is scientifically sound, I apologize. We tried to keep both the test and the processing of the data as fair as possible. But before we go any further: a virtual applause for the readers who spent four hours concentrating on this test. Great! 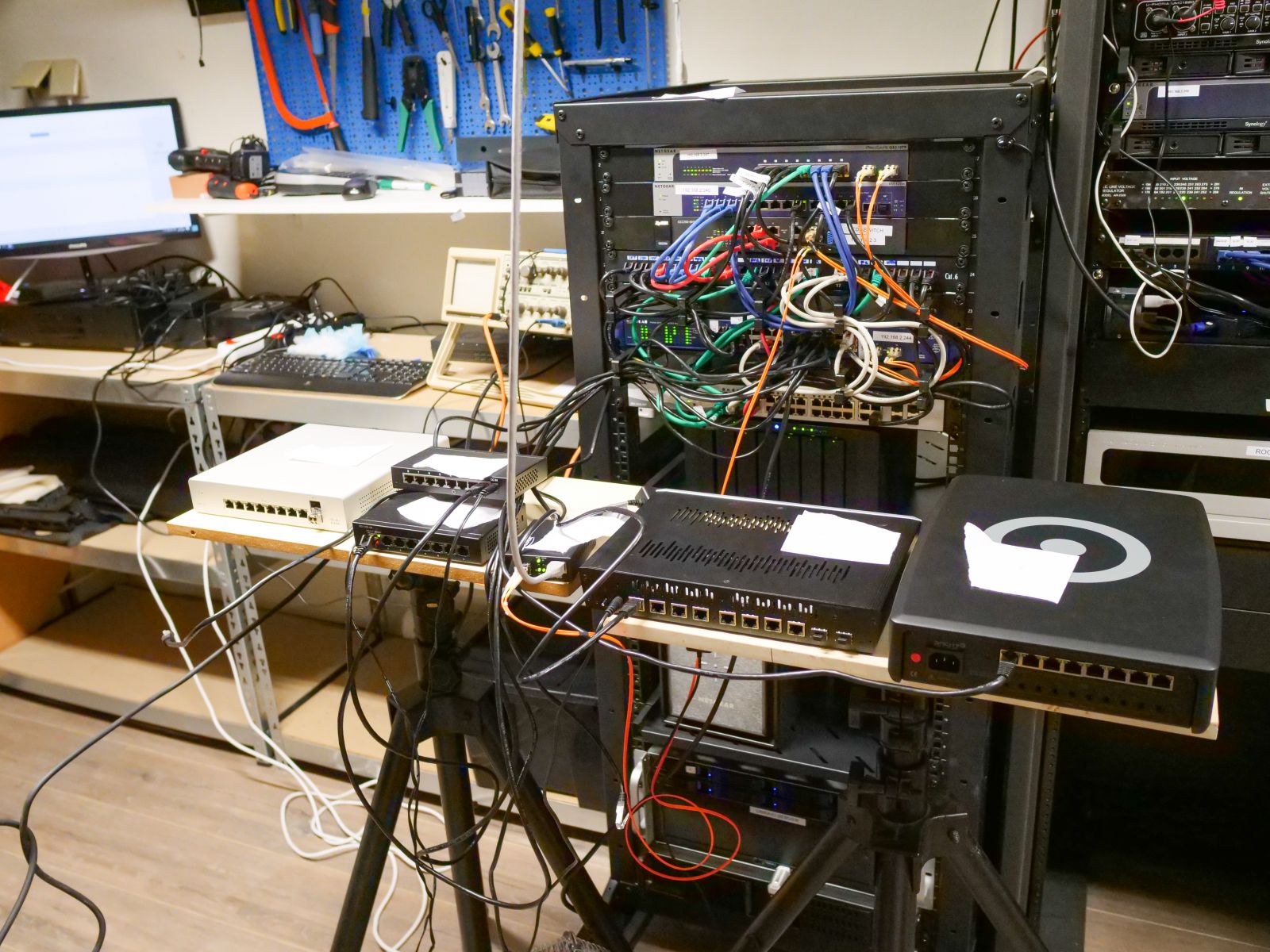 The test was done, completely ‘blind’ in front of the test panel. The first idea was to do it double-blind. But that didn’t work out in the end, because every switch has a recognizable appearance. Even if it were covered with a cloth. In addition, the Ansus switch had to be disconnected from the power as it can affect the sound. So: changing would tell me – your author – which one’s playing.

For the test we pulled a – fully solid core, copper – SFP-CAT6a cable of about 16 meters from the server room to the Metrum Acoustics Ambre. Each switch to be tested is connected to a Netgear GS724T v3. This switch is connected via fiber to our core switch. Indirectly, the ROON core is also connected to the Netgear. The NAS with music is directly connected to the Netgear. Each switch is powered by the standard adapter. This is because we want to test everything ‘as-is’. Not everyone has a Sbooster, IFI or other kind of luxury power supply.

The test set consists of:

Every track – except Pariah – we play 30 seconds. Twice to get a good idea of the sound / performance. After the three tracks, we swap out the switch and start the playlist again.

We’ve had five switches played in the first round. After that we took the winner from the first round to play with it one more time. Each round starts with a base-line test with a standard switch. So the order is:

So we were able to use a group of 5 and then 4 people for this test. The other group could take a break with some drinks and food.