Benchmark Media Systems Inc of Syracuse, New-York is a thoroughly American company and has been one of the top pro-audio manufacturers for thirty years. In recent years they have also ventured into the consumer market and with considerable success. Their first commercial product, the Dac1, was very well received worldwide. It was a no-nonsense device that was especially sought after by purists and is still considered a kind of benchmark (pun intended). It was soon followed by the Dac2 and Dac3. The latter was our reference for a long time and was only recently replaced by the Sonnet Morpheus.

Of course, it didn’t stop at d/a converters. In cooperation with THX came the AHB2 power amplifier and not much later they developed a matching headphone amplifier and preamplifier, respectively the HPA4 and LA4. The HPA4 and AHB2 have been a fixture in our reference system for several years now and for several reasons. These devices are indestructible, wonderfully compact and not heavy. A blessing for a reviewer. They may lack the luxurious edge of other brands but we find the look timeless.

The latter is what we are going to test today! Importer Helios (Netherlands) was kind enough to send us a second AHB2 (unfortunately in black) to find out what it delivers. In stereo mode we get a nice 100 watts (8 ohm class A/B) but in mono this goes up to an impressive 380 watts! 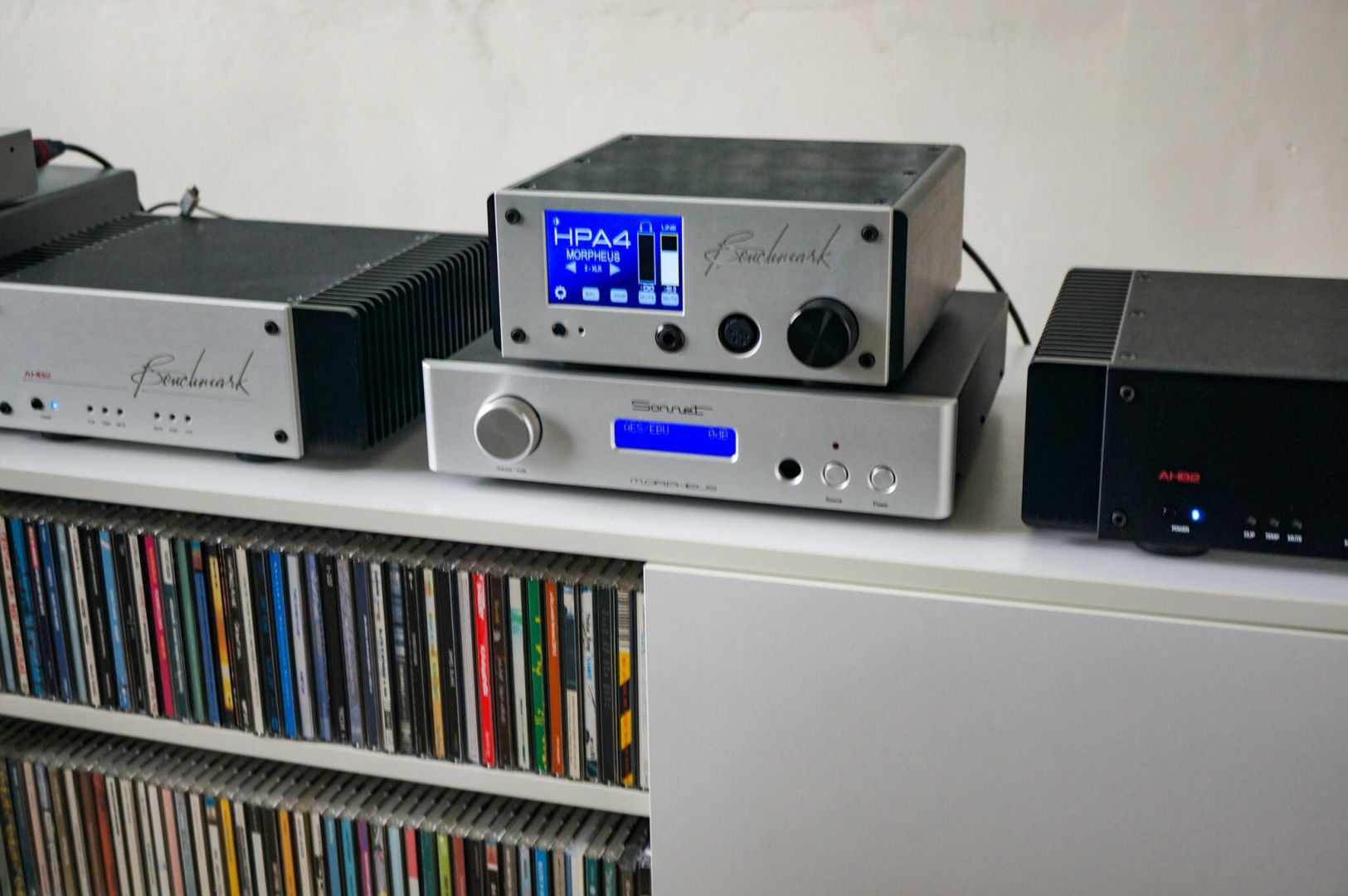 We flip the little switch on the back of the AHB2s to mono and connect each speaker to an AHB2. From there it goes balanced to the HPA4 via the mono outputs. The Morpheus again feeds the signal balanced into the HPA4 which in turn gets a balanced signal from the M50 via the AES/EBU connection. Balanced all the way! Reference system:

Meer reviews over B.